Farmapram - The Dangers Of Mexican Xanax 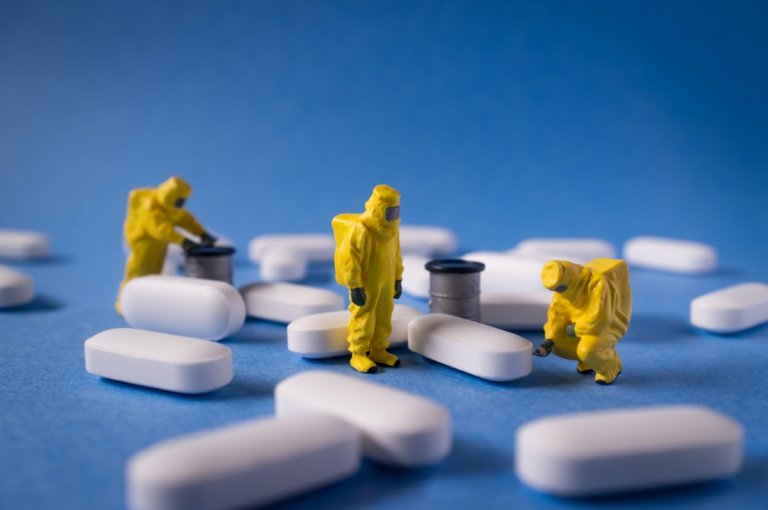 Pharmaceutical formulations of Xanax are primarily used to treat anxiety, due to the anxiety-reducing effects of alprazolam, the active ingredient. Even when Xanax is used as prescribed, there are dangers. When Xanax is abused, there are more dangers. But when people take drugs like Farmapram, which is a formulation that contains alprazolam and is frequently fraudulently manufactured by Mexican cartels, the risks are increased again.

This article looks at the dangers from Xanax, and the additional risks that are presented when users choose to use Mexican versions of Xanax.

Farmapram is Xanax from Mexico. Original non-adulterated preparations of Farmapram come in 1mg and 2mg and cause identical effects as Xanax, as the active ingredient for both medications is alprazolam.

Alprazolam is a potent, short-acting anxiolytic of the benzodiazepine class. It is commonly used for the treatment of anxiety disorders, especially of panic disorder, but also sometimes for social anxiety disorder and generalized anxiety disorder. It was one of the first benzodiazepines to be synthesized and introduced for clinical use, and was soon followed by diazepam (Valium), chlordiazepoxide (Librium) and many others.

Alprazolam is sometimes used together with other recreational drugs, such as alcohol or MDMA, in so-called “party drug” mixtures. However, this can be extremely dangerous, as the combined effects of alprazolam and other drugs can lead to serious adverse reactions.

Alprazolam is also sometimes used as a date rape drug, as spiking someone with alprazolam can make it easier for someone to commit sexual assault by making the victim more compliant or unable to resist.

When you take Farmapram from an unknown source, you not only face all the risks that come with taking alprazolam, but there is also the additional risk of taking tablets that are adulterated with other psychoactive substances besides alprazolam. There is also a chance that the Farmapram that you take does not have any alprazolam in at all.

If you ingest a tablet that contains fentanyl, you are likely to feel highly intoxicated with opioid-like effects. Overdose frequently occurs from fentanyl ingestion.

People who take the authentic versions of Farmapram, which contain only alprazolam, are likely to experience wooziness, fatigue and feelings of being spaced out.

There are many dangers of Farmapram, which is why you should avoid abusing this drug. Here are just some of these dangers.

Adulteration with fentanyl and other substances

Perhaps the most significant danger of ingestion Farmapram from an unknown source is in unwittingly taking fentanyl. Fentanyl is a potent synthetic opioid that is similar to morphine, and is up to 100 times more powerful. It is a schedule II prescription drug, and is used to treat severe pain. However, because of its high potency and potential for abuse, fentanyl carries a very high risk for overdose and death.

In recent years, there has been a significant increase in the use of fentanyl, both legitimately and illegally. Fentanyl is often used as a cutting agent in other illicit drugs, such as heroin or cocaine. This can be deadly, as users may not know that their drug has been cut with fentanyl, and thus may take too high of a dose.

Due to its high potency, people may abuse fentanyl in order to get a stronger high. This is extremely dangerous, as a small mistake in dosage can easily lead to an overdose.

Symptoms of fentanyl overdose can include: slow or shallow breathing, cold and clammy skin, pinpoint pupils, and loss of consciousness. If you believe someone has overdosed on fentanyl, it is important to call 911 immediately, as time is of the essence.

Fentanyl is a powerful and dangerous drug that should be used with caution. Anyone who uses fentanyl, whether legally or illegally, is at risk for overdose and death.

While Farmapram is most commonly used medically to reduce anxiety, using Farmapram in large doses or for long periods of time can actually cause a rebound effect, where increased anxiety is felt. This makes it incredibly difficult to stop taking Farmapram once someone is dependent on it, particularly if they are using it to reduce anxiety.

Chronic Farmapram abuse can lead to depression, particularly when users attempt to stop taking the drug. As mentioned, anxiety caused by Farmapram withdrawal can be extremely debilitating, and this can lead to feelings of hopelessness and helplessness.

These feelings can be amplified if someone has a history of depression, or if they are struggling with other issues in their life. Depression caused by Farmapram abuse can sometimes be so severe that it leads to suicidal thoughts or attempts.

In rare cases, long-term Farmapram abuse can lead to psychosis, which is a break from reality. Psychosis can cause delusions, hallucinations, and paranoia. It is important to seek medical help if someone you know is displaying these symptoms, as they could be a danger to themselves or others.

Prolonged use of Farmapram can lead to memory loss, both short-term and long-term. This effect is mostly caused by the way Farmapram affects the brain’s neurotransmitters.

Neurotransmitters are essential for sending messages between nerve cells and play a vital role in memory function. Farmapram alters the way these neurotransmitters work, which can lead to memory problems.

Once someone is dependent on Farmapram, they will experience withdrawal symptoms if they try to stop taking the drug. These symptoms can be very unpleasant and can even be dangerous, so it’s important to get professional help if you or someone you know is struggling with a Xanax addiction.

How to get help for a Xanax addiction

If you are addicted to Xanax or another benzodiazepine like Farmapram, it may seem like your situation is hopeless. Fortunately, there are options available for you that will help you live a good life, free of addiction.

The first step is contacting a drug rehab and going through a drug detox. This process removes the drugs and their sedative effects from your system slowly, to eliminate the risk of seizures caused by stopping Xanax abuse suddenly. After this, you will be given the opportunity to work on the underlying causes of your addiction so that you can stay drug-free.