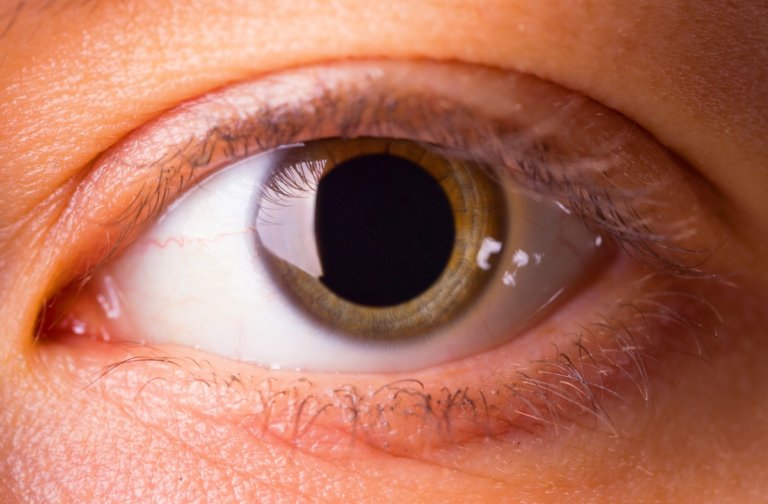 Have you ever noticed someone with unusually large or small pupils? This condition is known as “high eyes.” It can be caused by drug use, and can be an indicator of drug addiction when seen frequently. In this article, we will explore the different types of pupils associated with drug use, including dilated and pinpoint pupils. We will also discuss the effects of these drugs on the body, as well as how to get help for a drug addiction.

What Are High Eyes?

High eyes is a slang term used to describe someone with unusually large or small pupils due to drug use. This condition can be caused by a variety of drugs, including stimulants, depressants, and hallucinogens. These substances affect the brain’s ability to control pupil size and shape. As a result, certain drug users may have pupils that are larger or smaller than normal.

High eyes can be classified into two distinct types: dilated pupils and pinpoint pupils. Dilated pupils are caused by stimulants such as cocaine, amphetamine, ecstasy, and methamphetamine. These drugs force the pupil to open wider than normal, resulting in a “bulging” or “wide-eyed” appearance. Pinpoint pupils, on the other hand, are caused by depressants such as opioids and benzodiazepines. These drugs cause the pupil to constrict or become “pinpoint” in size.

Drugs That Cause Dilated Pupils

Dilated pupils are one of the most common signs of drug use. Stimulant drugs like methamphetamine (meth), cocaine, and ecstasy can cause the pupils to enlarge significantly, giving users cocaine, ecstasy or meth eyes. These drugs stimulate the brain’s reward system, leading to a surge of energy and alertness. The body responds by producing chemicals that dilate the pupils in order to allow more light into the eyes.

In addition to stimulant drugs, hallucinogens such as LSD and psilocybin can also cause the pupils to dilate. These mind-altering substances increase sensory awareness and distort a person’s perception of reality. The brain responds by releasing neurochemicals that stimulate the body’s sympathetic nervous system, which causes the pupils to dilate. The dilation can be so extreme that the sclera (the white part of the eye) is almost entirely covered by the pupil.

In some cases, alcohol and other depressants may cause dilated pupils as well. Alcohol affects the brain’s production of endorphins, which can cause an increased sense of euphoria and lead to dilated pupils.

Marijuana can cause pupils to either expand or constrict, though the most noticeable way that marijuana use changes the eyes is by making them bloodshot and causing “stoner eyes” or “stoned eyes”.

Drugs That Cause Pinpoint Pupils

Pinpoint pupils are another common sign of drug use. These small, constricted pupils are caused by depressants like heroin, oxycodone, and alcohol. These substances have a sedative effect on the brain, leading to slower thinking and impaired judgment. The body responds by producing chemicals that constrict the pupils in order to reduce light entering the eyes.

Pinpoint pupils can also be caused by prescription drugs such as benzodiazepines, barbiturates, and opiates. These medications are powerful central nervous system depressants that cause drowsiness and slowed thinking. They work by suppressing the activity of certain neurons in the brain, which causes pupil constriction. In some cases, these drugs can be prescribed to treat insomnia or anxiety, although they should only be taken under the careful supervision of a doctor.

Opioids are the drugs that caused the most pronounced pinpoint pupil effects. Here are a few of the most commonly used opioids:

Codeine is considered one of the weaker opioids, but this does not mean that it can’t be abused or cause pinpoint pupils. Codeine is found in many prescription and over-the-counter medications, such as pain relievers and cough syrups. When codeine is taken for recreational purposes, it causes the user to feel relaxed and euphoric. These effects are accompanied by constricted pupils.

If someone takes codeine preparations that also contain acetaminophen for a long period of time, you may also notice that the whites of their eyes become yellowed. This is caused by live damage from the acetaminophen.

Oxycodone is a powerful opioid that is often prescribed for severe pain. This drug can be taken in pill form, or it can be injected. Oxycodone produces the same effects as codeine, but its potency is significantly higher. When someone takes oxycodone without medical supervision, they are at risk of developing an addiction. In addition, this drug can cause constricted pupils.

Heroin is one of the most well-known and dangerous opioids that someone could take. It is an illegal substance that is highly addictive. In addition to an intense high, users experience pinpoint pupils and can become unresponsive.

Heroin, like other opioids, is now frequently cut with fentanyl, which further increases the dangers of taking this drug.

Fentanyl is a synthetic opioid that has been used in hospitals since the 1960s. This drug previously tended found in patches, lollipops, or nasal sprays and is prescribed for severe pain management. Unfortunately, fentanyl has become increasingly abused in recent years due to its potency.

Most fentanyl that is now seen in the US is made in Mexico, with ingredients shipped from China. Cartels then send cut the fentanyl with other ingredients, before sending to the US. People regularly overdose from illicit heroin due to its potency and mistakes made when it is mixed with other substances.

When taken recreationally, this drug can also cause pinpoint pupils and respiratory depression.

Alcohol can also cause pupils to vary in size. In cases of chronic alcohol abuse, the eyes may bulge out and appear almost glassy due to the presence of excess fluids. This condition is known as “alcoholic eyes” or “drunken eyes.”

Alcohol affects the brain in a variety of ways, including reducing coordination and impairing decision-making. The body responds by producing chemicals that cause the pupils to dilate in order to increase light entering the eyes.

If someone drinks enough alcohol to cause themselves liver damage, you may also note yellow-ness in their eyes. This is caused by a high level of bilirubin. Liver damage can often be halted, as long as the person stops drinking in time. Once cirrhosis (scarring) of the liver occurs, there is no way to restore the liver back to a healthy condition.

How To Get Help For A Drug Addiction

Substance abuse has serious health consequences and should be treated with professional care. The first step is to reach out for support and treatment. Contact a treatment center who can provide you with the resources and guidance needed to begin the recovery journey. There are also many support groups available, such as Narcotics Anonymous and Alcoholics Anonymous, which offer peer-to-peer help and education. Taking these steps can be difficult but it could save your life.

If you have noticed that a loved one has altered pupil sizes and you think they may have a drug problem, it is time to speak with them. Contact Prosperity Haven to find out the best way of doing this.