How Long Does Cocaine Stay In Your System? 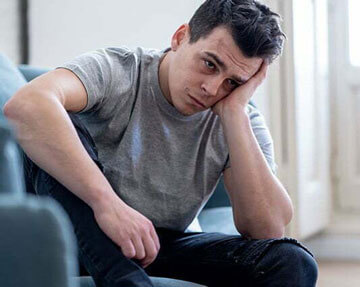 Cocaine is a highly addictive drug that can quickly take over your life. Just as importantly, the presence of cocaine in your system can cause you various issues, especially if you are on parole or experience random drug screenings at work. So, if you suffer from cocaine addiction or even if you have only experimented with the drug once, it is important to know how long cocaine stays in your system.

In today’s guide, we will answer all of these questions and more, but first, let’s look at the effects that cocaine can have on your body.

How Long Are Effects Of Cocaine Felt In Your Body?

If you have used cocaine, you are likely familiar with the short-term effects. Though drugs can have varied effects on people based on their personal body chemistry and even other drugs or medications that they might be taking, cocaine usually causes the following immediate effects:

The onset time and duration of these effects will depend on the way that you take the drug. That said, the duration times generally last for about 15 to 30 minutes, regardless of the intake method. For someone who snorts and/or “gums” cocaine, the short-term effects can take about 1 to 3 minutes to kick in. After that, the effects will last for roughly 15 to 30 minutes.

Alternatively, for someone who smokes or injects cocaine, the onset time is much shorter. You may begin to feel the effects in as little as 15 seconds. The duration time for these intake methods is also shorter; the effects usually last for about 5 to 15 minutes.

While the “high” effects are very short-lived, the “low” effects typically last a little longer. After the initial high wears off, many people feel tired and irritable. They may also experience headaches, anxiety, and depression. These negative effects are some of the main reasons that cocaine users tend to binge on the drug, repeatedly using it as soon as they start to feel the effects wearing off.

While most people focus on the short-term “high” produced by cocaine, it is important to remember that repeated cocaine use can also cause long-term effects in the body. One of the primary effects of repeated cocaine use is the disruption of reward pathways in the brain. Cocaine produces short and intense moments of euphoria. Over time, this can make your brain less sensitive to natural causes of euphoria, making cocaine seem like the only way to “feel good.” This effect can last for months or even years, though it typically goes away if you are able to stop cocaine use for good.

Regular cocaine use also increases cocaine tolerance. This makes it far more likely for regular cocaine users to overdose because they need to take more and more to feel the same effects. For those who “binge” on cocaine — taking large amounts over a few hours or even days — the risk of overdose is even higher. Fortunately, cocaine tolerance can also be reduced over time if access to the drug is cut off (with the help of a drug abuse professional).

Cocaine can also cause adverse psychological effects that can last for varying periods of time. In some cases, these effects may be permanent and irreversible. Issues like paranoia, anxiety, panic attacks, restlessness, hallucinations, and even psychosis can occur in regular users.

Finally, it’s important to remember that cocaine is a toxic substance in the body. It can increase the risk of strokes, seizures, brain hemorrhaging, and gastrointestinal problems. The intake method can also affect different parts of the body. For example, snorting cocaine can cause loss of smell, difficulty swallowing, nosebleeds, and chronic irritation of the nasal passages.

For How Long Can Cocaine Be Detected?

Now that we’ve looked at how long you can feel the effects (short and long term) of cocaine in the body, it is time to examine how long cocaine can be detected through different testing procedures. Cocaine’s half-life is about an hour, which means that it takes about two hours for the body to completely eliminate the drug from the bloodstream. However, this doesn’t mean that cocaine will not be detectable after this period.

So, how is it possible that drug tests can detect cocaine even after the body has eliminated it and you no longer feel the effects? When the body breaks down cocaine and other substances, it produces metabolites. These substances can remain for much longer, allowing drug tests to pick up the presence of cocaine even after the drug has left the system.

In any case, the length of time that cocaine can be detected will depend on the type of test conducted:

Factors Which Affect How Long Cocaine Lasts In Your System

While these timelines apply for the vast majority of people, the amount of cocaine and the frequency of cocaine use can also affect how long it remains detectable. For example, someone who is addicted to cocaine and uses it in large amounts on a regular basis may have more metabolites in their system for longer periods of time. This is especially true for urine tests, which can still show signs of cocaine metabolites for up to two weeks after the last use of the drug in heavy users.

However, these are not the only factors to consider. Here are some of the most important factors that can affect the period of time in which cocaine is still detectable:

How To Get Help For A Cocaine Addiction

The first step toward getting help for cocaine addiction is recognizing that you have a problem. If you can recognize that you are addicted to the drug before it has had time to do lasting damage to your mind and body, you can get help without experiencing many of the negative long-term effects. Unfortunately, many people do not want to admit that they are abusing drugs. Moreover, the “high” can be so addicting that it is difficult to stop once you have started.

Fortunately, there is hope. By reaching out to the experts at Prosperity Haven, you can get the medical and therapeutic assistance you need to kick your cocaine habit for good. This way, you can live a happier, healthier, and more stable life going forward.

Is your child, friend, coworker, parent, or spouse struggling with their cocaine addiction? Are you looking for cocaine abuse treatment options that target each patient’s specific needs? Finally, are you in need of a comprehensive cocaine rehab center that provides a wide range of effective solutions? If so, feel free to contact the experts at Prosperity Haven to learn more about getting help at our residential drug treatment center.